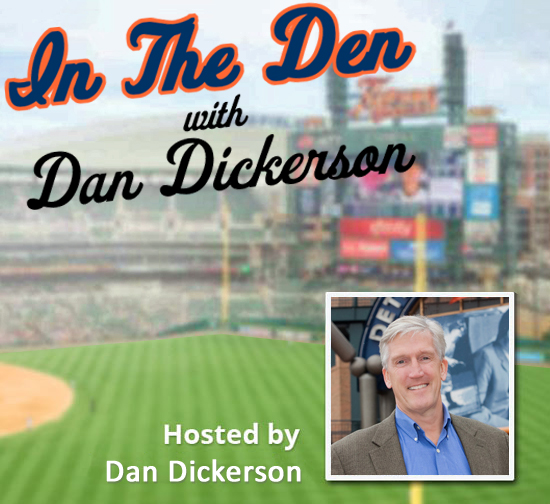 Detroit Tigers News on In The Den with Dan Dickerson

Dan Dickerson is in his 20th season in the booth and his 17th season as the lead radio play-by-play voice of the Detroit Tigers. Dan made his Tigers debut in 2000, working alongside Hall of Fame broadcaster, Ernie Harwell.

This is Dan's sophomore season delivering his unique, behind-the-scenes coverage of the Tigers players and organization. This one-of-a-kind feature airs weekdays during baseball season on 80+ premiere radio stations across Michigan and the Midwest.

Mario Impemba originally hosted this feature as Mario's Minute during the 2014-2017 seasons.

In The Den with Dan Dickerson can be heard in major markets, including:

LISTEN TO IN THE DEN WITH DAN DICKERSON

Check out our other Michigan Media Network programs